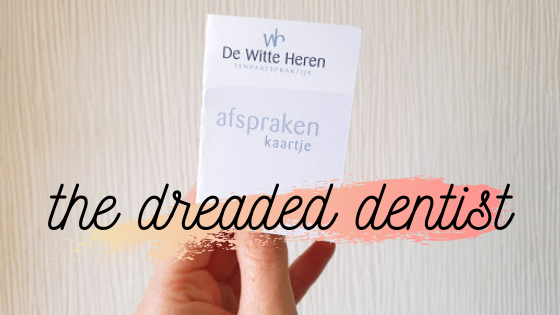 I went to the dentist this week for the first time since I landed in the Netherlands. I’ve lived here a year and a half, by the way. But wait, there’s more. I hadn’t visited my own English dentist for an entire year before that. I took so long to get my pegs looked at that he was retired six months before I even knew about it!

Anyhoo, I went to the dentist for the first time in the Netherlands, and I’m not going to bother lying to you, I was nervous as hell.

Anyone who tells you that they aren’t nervous about visiting the dentist is a flat out liar. Ok, perhaps they’re not nervous, but at least let me have this: no one enjoys going to the dentist. Who invites another human being to look deep into their cavities (ok, I’ll try and be more careful as I write this) with a tiny mirror and an incentive to find anything wrong with your mouth hygiene?

There is something slightly weird about the whole affair. For one, the preparation is insane, and I know you’re all like me. My teeth are so clean before I leave for the dentist, they literally squeak. My breath reeks of what can only be described as a chemical factory meltdown with all the Listerine I swig back. My gums bleed in horror as I misjudge the force with which one is supposed to floss.  I don’t brush as intensely, floss as vigorously or gargle as loudly for anyone else (which is a shame for my boyfriend I guess).

So I’m of average nervousness to begin with, and then we hit the: ‘I don’t really know the terminology surrounding teeth actually’, part.

That’s the age old conundrum that comes with living in a foreign country. Everything must be learnt in that language. All the hairdresser’s appointments and doctor’s appointments now come with that added bit of flare; who knows if I just asked my hairdresser to give me a fringe, an undercut or just told them to go right ahead and shave it all off? I guess we’ll have to wait and see. Or, more scarily, I wonder if I just correctly told the doctor about my symptoms without mixing them up with something entirely different and sounding like a hypochondriac or even worse, completely nonchalant about something that could be life threatening.

You realise that with language, there are whole microcosms of terms and words, and each new experience requires a new set. It’s rough sometimes.

I know that your teeth are known as ‘tanden’, which is a fab start. A hole is a ‘gat’, but are they going to call a cavity a hole? What else? Oh, your gums are now known as ‘tandenvlees’, literally, ‘teeth flesh’, and braces are ‘beugels’.

That’s it. That’s the extent of my knowledge.

I tell my boyfriend of the looming predicament.  He’s straight to work, throwing a range of easy to digest sentences my way.

‘Goede middag mevrouw’… I mean I know that one.

He continues, and actually, it’s simpler than I had imagined. ‘Have you any complaints?’ I respond with no and he continues. ‘We must make photos of your teeth.’. This is all easy stuff. I can do it I reckon! I finish the mini lesson as quickly as that, waving him away with thoughts of, ‘it’ll be fine’. And anyway, he’s there with me, so nothing can go wrong.

The day of our appointment is hot, stifling even. We are almost late as we leave two minutes off schedule and fail to find a parking spot immediately. This doesn’t bode well for my nerves as we are getting irritated and it stresses me out no end.

‘You’ll have to jump out and tell the receptionist we are going to be late!’

A conversation with the receptionist was not in our mini lesson, therefore, it absolutely cannot happen.

‘But I don’t know where the dentist even is!’ I feebly exclaim. It’s true, but also I don’t want to chat with the receptionist. The horror! My chemically cleaned mouth is starting to sweat it’s that frightening a thought.

As if by magic, we find a parking spot. Thank Christ. We head off, still just about on time.

We enter the dentist and my boyfriend speaks to the receptionist (my hero). Everything is fine and our appointments will be on time which, let me tell you, never happened in England. Punctuality is a strong trait of (most of) the Dutch, and I like it a lot.

We sit, and I fill in a questionnaire, because I am brand new – to the Netherlands, their practices, and of course, their dentists. I panic some more at the questions, which are completely routine, but the kind that make you think: it is paramount that I answer these completely correctly, otherwise, the dentist might not know that I once suffered a panic attack (not even at the dentist) and I could panic and pass out – possibly even DIE at any given moment should he twinge a nerve in my gum, for example.

We are called in together.

The dentist isn’t even Dutch. He’s Portuguese! I feel both a wave of fear and excitement, which is not abnormal for my mental state. My fear comes from the fact that not only do I maybe not know what the dentist will say to me anyway, but like… this guy has an accent too. I am no good with southern Dutch accents, let alone Portuguese Dutch accents!  My excitement comes from something much more simple: I am not the only expat in the room!

Boyfriend goes first and gets the all-clear. Topper. And from what I hear from the dentist, I am going to be able to answer his questions. Maybe all of them!

My turn. Yes, yes, all good here, but they need to ‘make some photographs’ as my boyfriend had earlier predicted in our mini lesson. That comes from my distinct lack of dental history because it didn’t cross my mind that I would need to bring my own x-rayed mouth abroad with me.

The photographs are made, and my massive gob lights up the computer screen. Wow, I think. My teeth look like everyone else’s. I have no idea why I thought they might not, but there’s something about being faced (literally) with your very own internal images that makes us all go, wow, right?

I am so in awe at the shape and size of my own mouth and teeth, that I kind of zone out. He’s talking about my teeth having no holes in them and I feel like a proud mum. I mean, my main diet used to consist mostly of sugar for God’s sake. He continues, and he’s repeating a word that I don’t quite recognise. He’s pointing at my wisdom teeth though, which I have since learnt are ‘verstandskiezen’ which quite frankly, is a mental word when you’re not expecting it.

I look at the wisdoms that call all four corners of my mouth home. They’ve never given me much bother FYI. They’re all still under the gum too, and as I look at the x-ray I notice that they’re so lazy, they’re lying flat in the gum, nestled snugly against my molars.

‘This is a problem’.

Ah the wave of excitement is completely gone now.

The Dutch are very direct. Apparently so are the Portuguese. He is not mincing his words.

‘These must come out’.

I said it before and I’ll say it again. I don’t have any bother from the lazy wisdom teeth. I looked at him, and I know he felt my fear because his next proclamation was ‘oh not tomorrow!’. I mean thank God?

‘We just need to think about it. They are pushing on the other teeth and will make holes’.

‘Job done, matey, I’ve already thought about it and my answer is byee’. Of course instead of saying this I just nodded.

‘In a few months, maybe’, he continues, sensing that this is not the news I wanted to hear. If only I’d not let him take the photos! My wisdom teeth would be able to lie there snugly forever! Now they must they be surgically removed from my face in what I expect to be a bloody and harrowing experience.

We finish up and he ushers me out of the room, because I am not the only patient he has to upset today. To think, I cleaned my mouth out so hard for him.

I am still reeling, and not fully decided on whether to just repeat my failures and never visit the dentist again. Although, ever the optimist, I know that I can eat ice-cream for a week if it’s done & that might just make it all worthwhile… 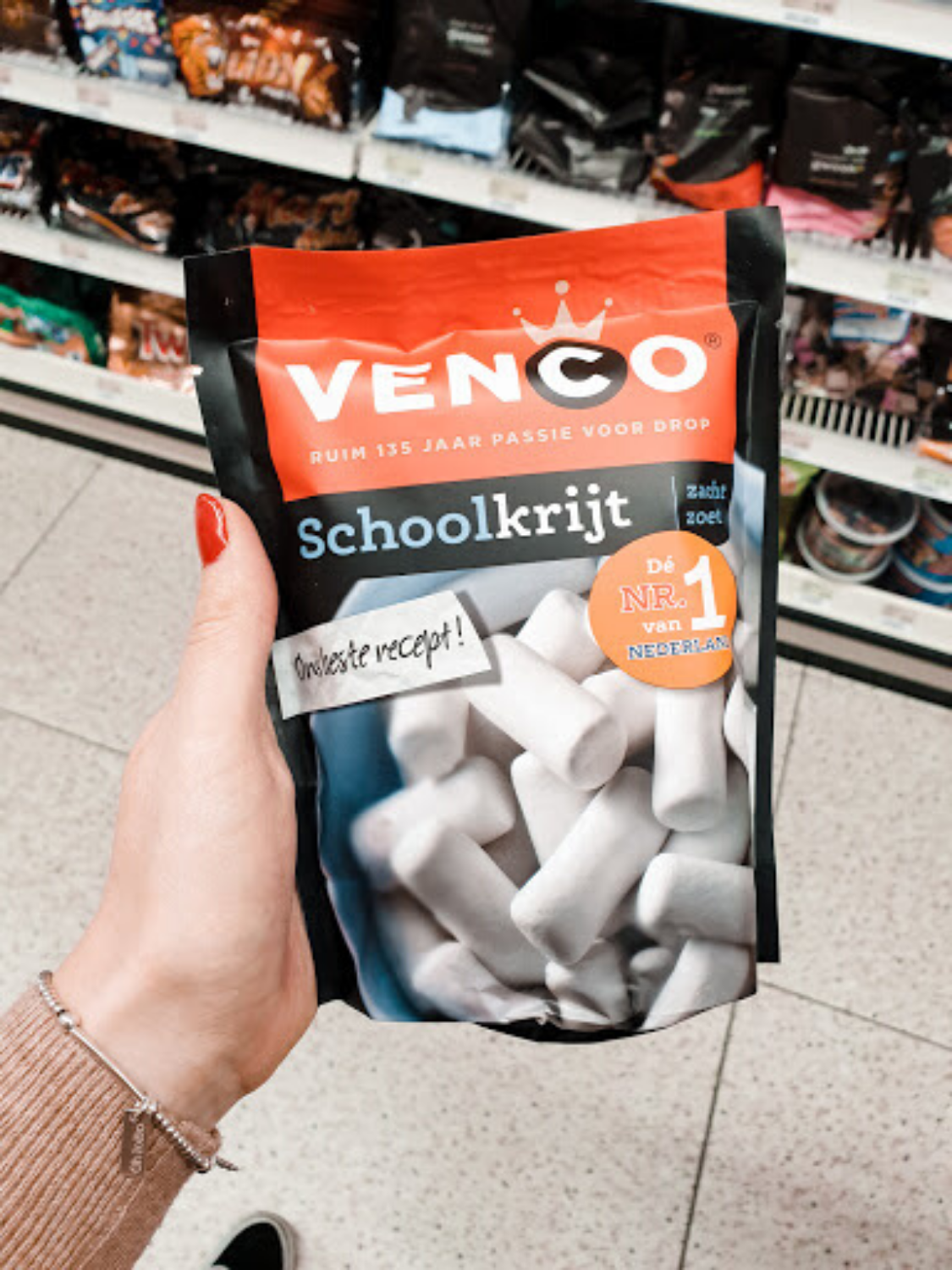 Ranked: the best and worst of Dutch liquorice