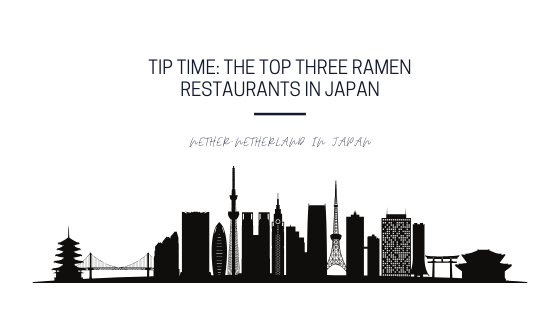 It’s tip time again! And today, I’m bringing you my top three ramen restaurants in Japan! This is my first blog post on what I hope to be a series all about my journey to Japan, and obviously I had to start with food!

I’m not a sushi girl. I can’t think of anything I’d like to eat less to be honest. Ramen though, that’s another story.

When we were planning our trip to Japan earlier this year, I was quite worried about how much focus there would be on eating sushi. Turns out it wasn’t as bad as I thought. Cue me feeling a little dumb. Obviously, it’s the same as a roast dinner or fish and chips dinner to the British: it’s not all we eat.

We ate so much delicious ramen whilst in Japan, but three stood out as being the best of the best, and I’m here to tell you where you can find it.

Ramen is a filling meal, although apparently, it’s considered a light meal or even a snack by Japanese standards, made up of bone broth, noodles, veggies and slices of meat. It’s hearty, filling, and the ultimate comfort food in my eyes. You should also know that real ramen leaves our packaged, supermarket versions in disgrace.

Hey, you know ramen is good when people will happily queue up outside to eat it, right? And that’s just what the Japanese will do. We noticed lines outside all the well-rated restaurants in Japan. Sometimes, patience really is a virtue (and one that we are certainly not well versed in).

Without further ado, here are my top three ramen joints if you want to indulge in, quite frankly, the best food Japan has to offer.

Third on the list is actually a chain restaurant that runs throughout Japan, meaning you can find one of these restaurants in possibly every city. And, there are multiple restaurants, so don’t panic about being able to find one.

Ichiran ramen is a build your own bowl situation.

The restaurant is set up for solo eaters, and everyone gets their own booth for the ultimate privacy! This is because in Japan, many people go out to eat alone, whether that’s on their lunch break or just any time of day for a quick meal. It’s really popular, and some would even go as far as to say it’s part of the culture. Either way, I found it a novel way to eat my noodles, and I didn’t feel so bad about slurping them up and splattering myself in the process.

When you sit down, you’ll be given a multiple choice quiz. A fun one though. You get to choose every aspect of your ramen bowl. As you can see, my earlier admission to not being very adventurous was no lie. I went for the softest bowl of ramen that exists, to be honest. R on the other hand? He likes it hot, and always ticked the boxes furthest to the right…

You leave your filled in quiz at the opening of your booth, which leads to the kitchen, and a pair of hands will magically appear and take it away.

Once your ramen is ready, those hands will appear again, and you’ll be wished ‘itadakimasu!’, which means ‘bon appetit’. You’ll also then be bowed at. Honestly, I felt very important for a lot of this holiday.

You’ll be left with a ramen bowl of your own making (figuratively, lazy bones!), and honestly, the soup itself is absolutely delicious (or at least my choices made mine delicious). The noodles aren’t super thick, and you’re given a hearty portion, along with enough meat and veggies to leave you satisfied.

Overall, Ichiran ramen gets a 4/5 star rating from me.

We queued for it for 35 minutes, and let me tell you, it was well worth the wait. Legend has it that the queues form before the restaurant opens, and continue all through the night, so definitely head there before you’re hungry if you ever get the chance to go!

The restaurant itself is tiny, and like Ichiran, mostly serves lone diners, although its fame is drawing crowds of tourists in too. Inside, you’ll be seated either in a line in front of the kitchen itself, or in a line against the back window. There’s just enough space for the waitress to swoop in with your order, but no room for much else.

As with everything else in Japan, efficiency is the goal. You’ll be given a menu as you wait outside, and your order will be taken before you’re even inside the building, so once you’re seated, don’t expect to be left waiting for long.

The menu is sprawling, and offers everything from your most basic ramen noodle dish, to one that has extra extra extra meat, to another which promises to rock your world if you enjoy some spice!

I went for the Tyasyumen, which is their speciality, comprised of extra meat, with the egg left out, which is my preference. These noodles were marinated in a gorgeous, rich broth, and the meat practically fell apart, shooting this bowl of ramen to number two on my list of epic ramen. Absolutely delicious and well worth the waiting line.

Now, guys, I ain’t joking around when I say that this is the best ramen I’ve ever eaten.

R actually found this gem, which was located in Akihabara in Tokyo; the hardcore anime lovers district in the area. It had a 4.9 out of 5 on Google’s reviews, so it was a no brainer to be honest.

There are other branches in Tokyo too by the way: in Harajuku, Ginza and Akasaka, so if you’re ever in one of those areas, look this place up!

Hidden down a side street, we joined the queue for Kyushu at a perfect time, just before the lunchtime rush. There were just four people in front of us, and once we joined, we noticed that the masses began to form an orderly queue behind us.

As with the other joints, Kyushu is tiny on the inside, and mostly built for solo diners. However, this is the only ramen restaurant we found to have tables for two as well, and luckily enough, our group of four scored four seats tucked away in a corner.

Now, I opted for a garlicky masterpiece: the Kobonshan, which is served with tender marinated pork belly, sesame, leek, bamboo shoots and kikurage mushroom and it was utterly stunning. Honestly I could’ve eaten a second bowl straight afterwards if I wasn’t utterly stuffed.

Also, I’ve got to give a special mention to these cute posters that we found on the inside.

Kyushu Jongara hits the spot and gets a full on 5/5 stars from me. Please check it out if you’re ever in Tokyo!

I’m absolutely devastated that I have no access to ramen right now.

Are you a fan of this delicious filling Japanese favourite? Let me know! 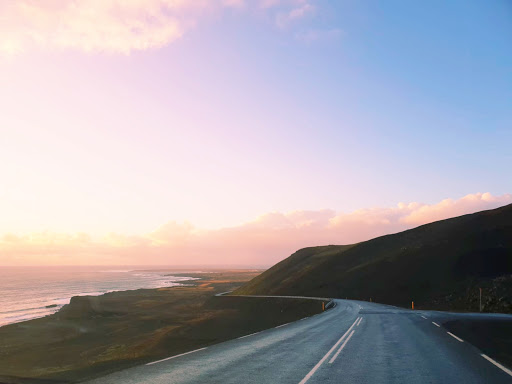 My dream was to capture the neon lights of Japan, so I did