My top 9 tips to get the most out of Japan 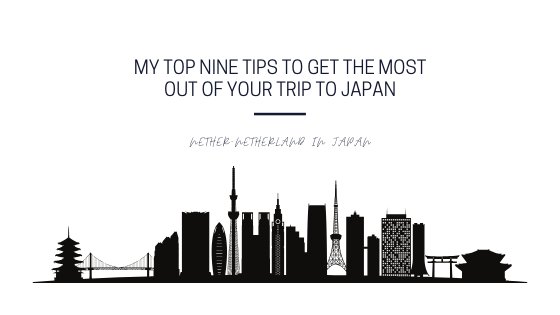 Today I’m back with my top 9 tips to get the most out of Japan!

If you’ve booked a holiday to Japan, congratulations. You’re literally going to one of the most vibrant, intense and incredibly modern countries in the world. Japan ranks 4th in the list of best places in the world to visit for a number of reasons: it’s super safe, there’s so much to see, and its history is incredible.

There are plenty of things that you should know in advance though, to make sure your trip goes without a hitch, so I’ve put together a little list for you based on what I couldn’t live without during my time in the land of the rising sun.

Let’s get right to it.

1. Grab yourself a JR Pass

If you’re intending to work your way around the country a little bit, perhaps visit a few different cities, or simply ride that subway like it’s going out of fashion, I’d definitely recommend a JR Pass.

Japan Rail Passes don’t come cheap at just under €400, but they do take the hassle out of travel, and could end up saving you quite a bit of money, which is important in a country as expensive as Japan. You can use them on any JR line in any of the cities you visit, as well as the main Shinkansen (bullet train) routes, so they’re incredibly handy.

You must order your JR Pass before you leave for Japan, and you can do this by applying online here, where you can also read up on everything you need to know about using your pass.

Once you’ve ordered your JR Pass, you’ll receive some documents in the post which you then need to take with you to Japan to swap for the real deal. It looks a little something like this:

Using your JR pass in the stations couldn’t be easier either. All you need to do is show your pass to a guard at the ticket gate and you’ll be allowed right through, which certainly saves on time usually spent queuing up for a ticket too.

You should know that the Japanese are super strict on all their rules, and the JR Pass isn’t an exception. If you lose your JR Pass, you’ll be expected to buy another one, so keep it safe!

2. Buy a Japanese SIM card for your phone

Roaming charges can be brutal on your bank balance, especially if you’re planning on traveling for longer than a few days. This is where buying a Japanese SIM card for your phone could really help you out.

After doing our research, we decided to go with the Japan experience SIM cards, which are provided by Japan Rail and can last either 7, 16, or 31 days from your first date of use.

We went for the 31-day bundle, as our trip was 18 days, which meant that for just €35, we were given unlimited data on our phones. That’s WhatsApp and the rest of the internet free to use as much as they’re needed, so you can get in touch with everybody and stay in the loop. That’s great news for all us Instagram junkies, right.

Everywhere we stayed also had fantastic, quick Wi-Fi, so if you don’t end up getting an unlimited SIM card, you don’t have to worry too much.

Just like us Brits, the Japanese drive on the left hand side of the road. They keep things orderly by also keeping to the left whilst they walk, including up staircases and escalators.

If you find yourself in a sea of people, check your bearings! Are you on the correct side? Unlike the British, the Japanese won’t scold you for being on the wrong side – even on the escalators… they’ll usually just wait patiently until they can pass!

TOP TIP: If you visit Osaka, forget most of what I just said: Osakans walk on the right hand side (they still drive on the left though, of course!). Why? Because way back when, Osaka was a city of merchants who held their bags in their right hands apparently and didn’t want to disturb anyone. While I’m not too sure whether the origins of that story are completely true, you definitely do need to walk on the right.

4. Be wary of public bathrooms

Whilst Japan is seen as having quite Western values and techniques in their day-to-day lives, sometimes the public toilets can be a little troublesome for those of us who aren’t used to squatting!

I came across a few public toilets that included the old hole in the ground situation, and some of them didn’t include toilet paper. Not helpful when you’re dying for the toilet. However, luckily, these same toilets actually had one or two (literally) regular seated toilet in the same building.

TOP TIP: 7/11, Japan’s most popular convenience store, almost always have a public toilet hidden in the back for customers. They’re free too, just make sure you leave with a coffee or something to remain polite!

If you’re heading to Tokyo, you should know just how big it is. It dwarfs cities like Amsterdam and London that to be quite frank, are massive themselves.

You’re going to want to use public transport to get around, that’s all I’m saying.

You’re in luck if you’ve bought a JR pass already, because you can use any of the JR trains that pass through any of the cities, and most of these JR trains have a loop track that gets you to all the main areas without any fuss whatsoever.

For other journeys, you can simply buy a ticket from any of the numerous subway or train station you arrive at (honestly, you can find train and subway stations almost everywhere). They’re relatively cheap, and you could get a one-way ticket for as little as 100 Yen, which is the equivalent to about 80 cents.

TOP TIP: Don’t be afraid of using Japanese trains or subways. We didn’t find one station that only had Japanese. Luckily, everywhere that was signposted was also written in English, so you won’t get too lost!

TOP TIP 2: You’ll be asked to pop your phone onto silent mode whilst you’re in any sort of train in Japan. It’s actually a pretty strict rule, so do be sure to take note, and also, don’t take any phone calls whilst in the train either.

6. Be wary of cover charges

One thing we found in some cities, or some areas of cities to be exact, was that a cover charge per person came into play when we went into an Izakaya (a Japanese version of a bar).

This means that you are charged simply to enter the building.

Ok, well not quite. Usually you’ll pay your cover charge which turns into a small snack per person per table. But still, even if you’ve just eaten a 3 course dinner and just fancy a drink, you still have to pay the cover charge and receive the snack.

It’s worth noting that in some places, you’ll be charged extra for not being Japanese. That’s right, the cover charge might have been hoiked up higher than it would be if you were a local. It’s in these kinds of situations where you have to pick your battles. Do you want to pay extra, when the prices of the drinks are already quite high? Are you happy to be paying more than a local has to? Some people won’t care, but for others, you might want to head to another Izakaya where they don’t ask for as much.

7. Keep hold of your litter

One thing that I couldn’t get my head around in Japan was just how clean the streets were. I’m not exaggerating, we saw hardly any litter.

Another thing you won’t see much of, are bins for your litter, which got me to thinking: where is all the litter?

The Japanese are well versed in taking their litter home with them. It’s seen as rude and impolite to eat and drink whilst on the move anyway, so this isn’t too much of a problem for them. For this reason, they don’t really have any rubbish on them while they’re out on the streets, so it actually kind of makes sense.

If you do have some litter that needs disposing of, pop it into your bag if possible, and hold on to it until you reach your hotel or B’n’B. Or, if you’re really lucky and eagle eyed, you may spot a few bins by the vending machines that line the streets. Do check that you can put whatever litter it is that you have into it though, because Japan are pretty good at recycling too and certain bins only want certain items!

This might be a weird one, depending on where you’re from, but you don’t need to tip in restaurants. If you even attempt it, you’ll be chased down and handed your money back.

You should be willing to pay with cash for almost anything. In some places, cards aren’t even accepted.

Luckily, you can find cash machines all over the city, the best ones being in the 7-eleven stores, which allow you to take a minimum of 100 Yen.

So guys, they’re my top 9 tips for traveling through Japan! I hope you’ve found them useful! I’m always wanting to know extra tips that make a stay more enjoyable and easy, so if I’ve missed any, please comment them down below!

Don’t forget to check out my last post all about the best places to find Japanese Ramen too! 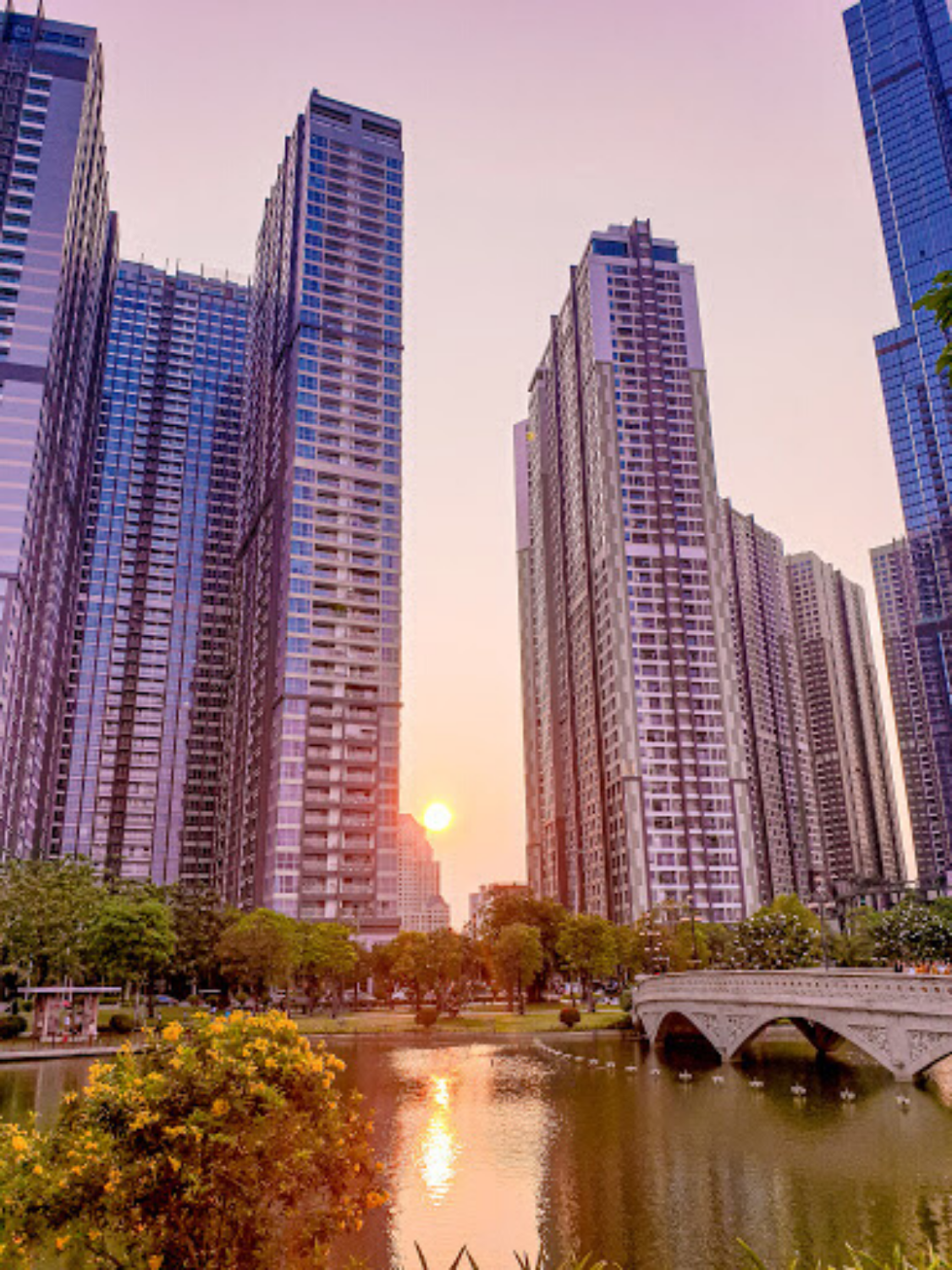 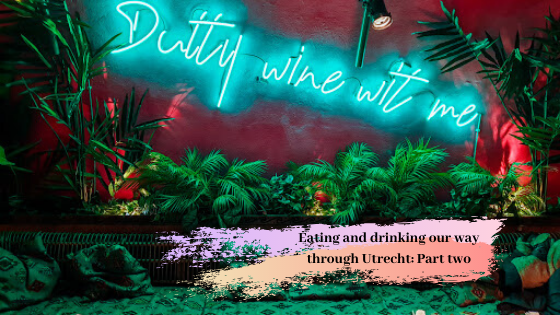 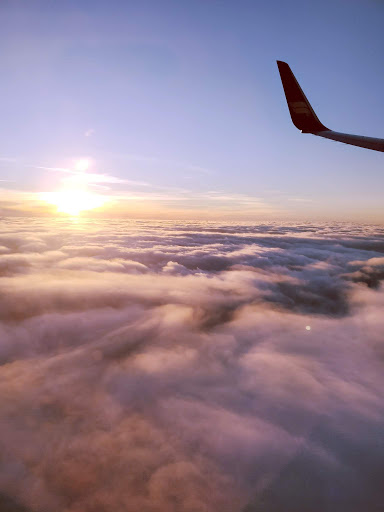