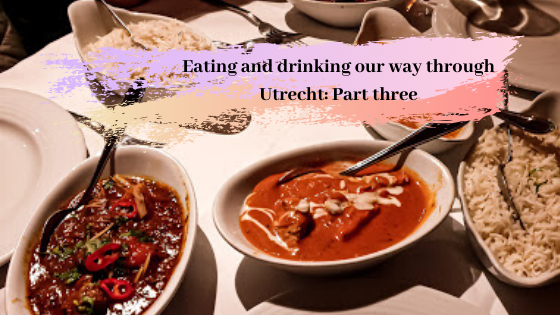 It’s a staple meal in the UK: eating a good curry of an evening is enough to send any of us Brits into a delightful food coma.

But what about the Netherlands? Nah mate, never heard of a good curry.

I’m sorry, but it’s true: finding a good curry in the Netherlands is akin to finding that dress you’ve had your eye on all year that’s now gone into the sale in your size. It’s a rarity.

So, you’ve made it to my final post of three, all about us lot eating and drinking our way through Utrecht (you can find the other two blog posts here and here), and I’ve saved the best till last, because it’s time for a recount of my first ever proper curry in the Netherlands.

Nikki and I first laid eyes on India Port during our trip back in May. Unfortunately, we had just been to Five Guys, and were in no state to go for a curry for the rest of our time in Utrecht.

We promised India Port that we would be back, and we always keep our promises.

With our table booked for 6pm, we finished our cocktails at Rum Club and headed over. My Korean waffle from The Street Food Club had settled nicely, and I was ready to see what all the fuss was about.

“We’ve already been spoiled by the Indian Ocean, we shouldn’t get our hopes up.” Announced one of us, clearly nervous.

I did have my hopes up though. I was ready to be showered in chicken Korma.

What’s on the menu?

It took us almost as long to place an order in here as it had in Rum Club. There was simply too much choice.

“Are we having starters?”

“Will the Vindaloo be too hot?”

“Why aren’t there fries on the menu?”

The menu was full of everyone’s favourites: tikka massala, madras, vindaloo: everything for the modern curry lover.

There were plenty of starters to choose from too, as well as sundries and of course desserts.

We did decide to go for a starter, even though none of us ever eat starters when we are in England. The Vindaloo was ordered tentatively, and I lost hope at the lack of fries on the menu and settled for the second best option: rice.

We began with poppadums, which were incredibly different from the ones we are used to in England. For one, they were served in half instead of as full crisps, and secondly, they seemed to be made with an entirely different recipe. These ones were harder, and much more brittle. Even so, the plate was left empty.

Our starter came out: a tandori mix for Nikki and me and a portion of lamb mint tikka for the boys. Clearly they were so delicious that they were gone before a photo could even be taken, but you have my word, they tasted amazing. The lamb was cooked to perfection, and the sauces were packed full of taste.

By the time our main meals came to the table, we were ready. The portion sizes of the starters had been just right, so we weren’t left feeling bloated and too full to even begin. perfect.

We were certainly right to think we’d been spoilt by the Indian Ocean, which happens to be our favourite Indian restaurant in the world.

Although this curry didn’t have the same taste and overall quality, we still ended up with clean plates. They were of curse, delicious: rich and buttery on our side of the table, and spicy and flavoursome on the men’s side. The garlic naan breads were absolutely wonderful, and also incredibly buttery – all the better to mop up any wayward roaming curry sauce.

By the end of the meal we still weren’t stuffed, which certainly makes a change. I leave most Indian restaurants by rolling out of the door, but not being uncomfortably full certainly has its plus points.

We ended the meal with coffee and tea, and a couple of mints and headed to our next destination.

India Port gets a 4/5 star rating from me: I’d love to head back one day and try another dish. 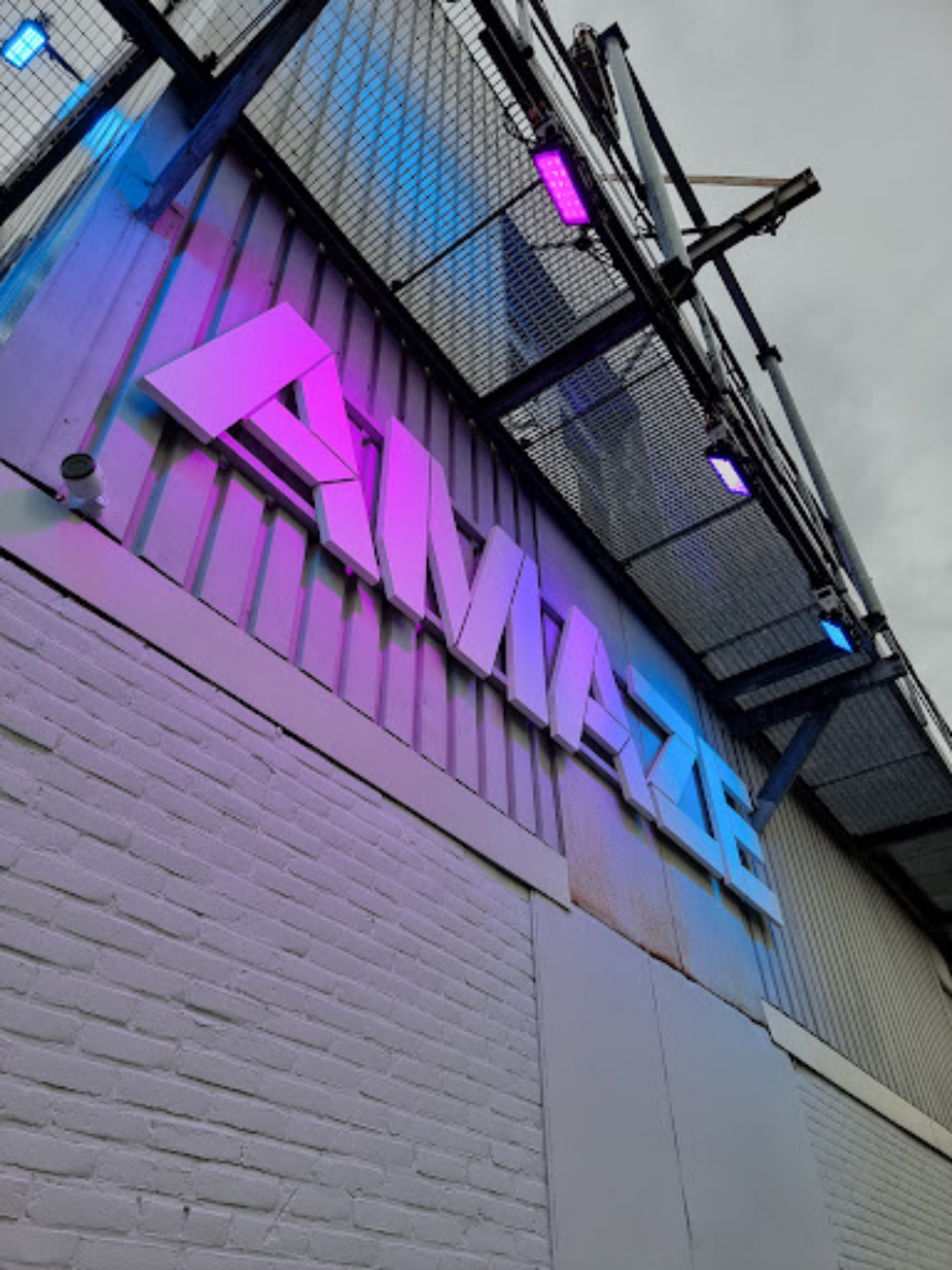 ID&T’s Amaze – a Must See in Amsterdam